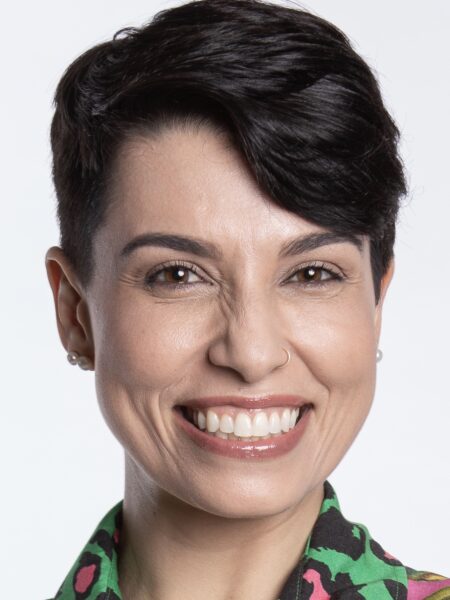 Hello, nice to meet you. I’m Rafa. I’m a broadcaster, presenter, and master of ceremonies. I’m graduated as actress, as well as in publicity and advertising. It’s been over 14 years of experience in the communication area. Actually, I think I was born a communicator. I feel very comfortable when speaking, be it at stage, in front of a camera, behind a microphone…or in life itself.
So…I’ve started my career in radio, which I love the most! I’ve worked at major stations: Band News FM, JB FM (RJ), FM O Dia (RJ), Rádio Globo, and presently I’m at Nova Brasil FM (SP). I’ve already interviewed great names of Brazilian music, and many other artists and professionals of different areas.
On, TV, I was the first GNT channel’s “feminine standard voice”, which was a turning point in my career. And I’m a documentary and program narrator for channels like: Discovery Home and Health, Discovery ID, TLC.
Some other jobs that deserve to be highlighted:
In 2011, I presented an educative series called “Quem disse que estou só brincando?”, still being aired on cable TV, on MultiRio and Futura channels.
Between 2012 and 2014, I was the presenter of FestValda – one of the biggest nineties’ music festivals, which was back on the stage of Circo Voador, in Rio de Janeiro.
I took part in 2013 Rock In Rio, 2014 World Cup in Brazil, and 2016 Rio Olympics, as broadcaster of Coca-Cola FM.
In 2017, I covered the 6th edition of The Voice Brasil for Rádio Globo and social media.
Apart from my experience on Radio and TV, advertising broadcasting is one of my main activities. I record for many brands and companies, be it institutional videos, Radio and TV commercials, or content for internet. The market grows, changes, and new demands appear. Nowadays, we have podcasts, audiobooks, apps, virtual assistants, humanized URA…And all of these technologies need a voice with personality. And I’ll love to help you. How about that?