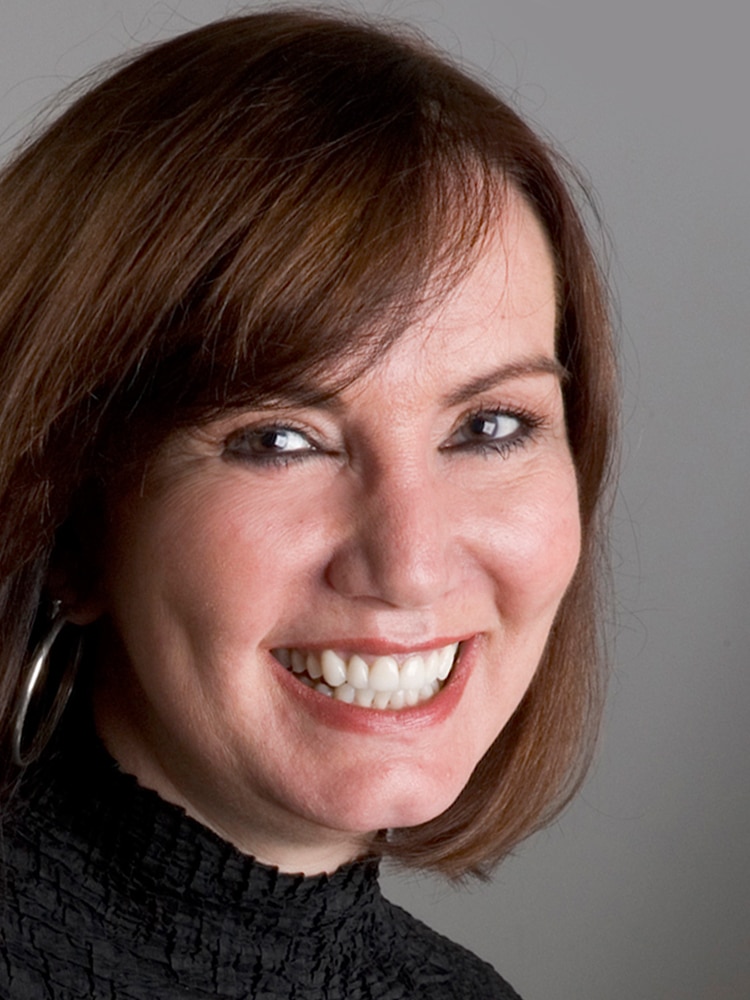 Patrícia de Moraes Godoy started working as actress in various commercials for Brazil and Europe.
Started performing voice-overs due to the same commercials, dubbing models who only acted, without interpreting the text. This is how she discovered the ease of creating new voices.
She participated in the TV program Tuttifruti dubbing dolls and sung in discs for children.
Graduate in classical piano at Conservatório de Música Mozarteum, she studied in the USA, and Ballet in Paris.
She performed in novels at SBT and TV Cultura, and has a degree in Physical Education at USP; was newscaster of Jornal Aqui Agora, Jornal da Manhã, and Jornal da Noite at SBT. She also worked with Flávio Cavalcante as broadcaster of international news, still in the epoch of the university.
She was contracted by Copacabana and recorded a disc as singer due to having participated in various festivals.
Patricia hosts events, performs independent jobs as actress and has her own sound studio.