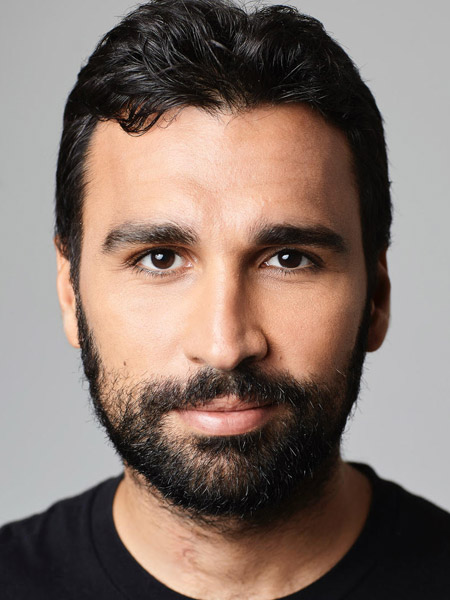 Actor, broadcaster and director graduated at the prestigious theater school Michael Howard Studios of New York, and at CAL in Rio de Janeiro, apart from being producer and translator.
He made hundreds of campaigns for Coca Cola (World Cup 2010, 2014, Energia Positiva, etc.), Oi, Vivo, Honda, GM, Ford, Itaipava, Netshoes, Sundown (Summer 2012), Extra, Sebrae, ZapImóveis, Pepsi, Rolling Stone Magazine, HSBC, Unimed, Banco do Brasil, Caixa and CBTV, among others.
In 2011, he took an internship with Sir Alan Ayckbourn in Scarborough, England. He also participated in the documentary on the life of Alan: IMAGINE, of BBC, hosted by Alan Yentob.
In September 2012, he released by Editora Perspectiva, in parnership with the actress and director Denise Weinberg, the translation of the book “How to Stop Acting” by Harold Guskin, one of the most important actor coaches of modern times. Eduardo trained personally with Harold in New York.
In theater, he directed the play Over the Moon with Trains by Luke Rosen in New York City and the play Communicating Doors by Alan Ayckbourn Bull, by Mike Bartlett and Afogando em Terra Firme (Drowning on Dry Land) by Alan Ayckbourn, all three in Brazil; he also performed in many other plays. In addition, he translated various stagings in Rio de Janeiro and São Paulo, such as Tempo de Comédia (Comic Potential), Inverno da Luz Vermelha (Red Light Winter), Brincando com a Morte (Funeral Games) and many others.